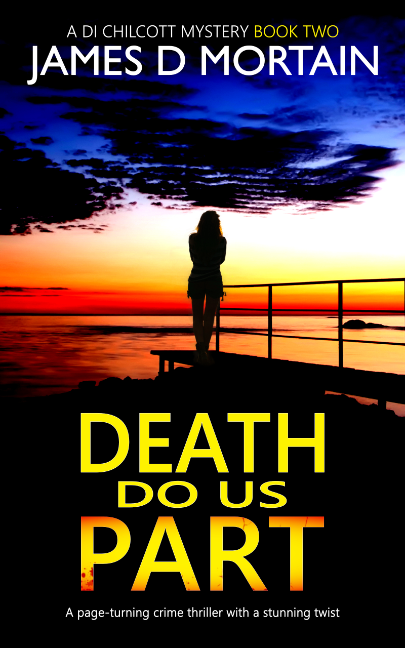 DEATH DO US PART

A blissful setting. A dream life. A perfect murder.

When a beautiful young woman is reported missing from a luxury yacht, Detective Inspector Robbie Chilcott is tasked to find her—dead or alive.

But after disproving her husband’s claims that his wife had been away with her sister for two weeks, the seasoned cop predicts a fatal outcome and the daunting prospect of having to solve what appears to be a meticulously planned homicide.

Struggling to pin his prime suspect with the ultimate crime, shocking news from France flips the case on its head. Now it’s clear that life on the ocean waves isn’t all fun-loving and champagne parties and DI Chilcott is hurtling headlong into a turbulent world of secrets and lies, lust and greed.

As he picks his way through the web of deceit, Chilcott is determined not to be beaten. The victim’s body is missing, and the case has him baffled, but he still has one hope to cling to; nothing is for certain until death do us part.

Can the single-minded detective uncover the truth, or is he too late to stop the vows from becoming a reality?